Singer-songwriter NO KING. NO CROWN. (from Dresden, Germany) just released the video to his song “Homesick”, the first single from his upcoming album “Without Yesterday” (out on April 6th, 2016 via Kick The Flame). With “Homesick” René Ahlig aka. NO KING. NO CROWN. delivers a beautiful & melancholic song that will make you longing for the full album. The song was written during a twenty-day tour through Italy, Slovenia, Croatia, Hungary, Austria, and Germany. “I love to tour, to meet new people and get to know new places. At the same time, I like familiar surroundings and my home. Sometimes we all feel homesick, right?”

With his upcoming album “Without Yesterday” (out on April 6th via Kick The Flame), No King. No Crown. releases ten beautiful heart-warming new songs. Embedded in acoustic arrangements (cello, violin, guitars, piano, etc), the songs focus on the sensitive voice of frontman René Ahlig. Combined with his honest & authentic lyrics a melancholic and at the same time, hopeful atmosphere is embracing the listener.
Fans of Iron & Wine, Bon Iver, City & Colour, and William Fitzsimmons will deeply fall in love. 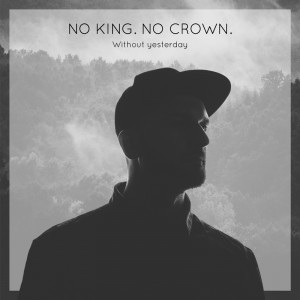 NO KING. NO CROWN. – “Without Yesterday”

Robert Helbig / Hellbig Music is NO KING. NO CROWN.’s publicist. For all press-inquiries and requests get in touch with via email.